Yesterday I completed something that I have long thought I would never be able to achieve, and not only did I finish it, but I smashed all my expectations. The story is hard to tell, without going back to the beginning. As it turns out this 100km (62mi) trail run didn’t just take me 13 hrs and 55mins to get to the finish line, it was the previous 12 years that got me to this point. Skip to part 2 if you want to jump straight into the lead up to this race, or part 3 for Race day. Otherwise, this journey starts 12 years ago…

If we rewind back to when my now wife Sarah, was training for some big ocean swims (2.7km/1.67mi). As part of her training, she was raising funds for cancer research through a charity called Cantoo. Now the Cantoo model, is that they will provide training/coaching if you raise the money. At this stage in my life, I considered my walks to and from the train station exercise enough for me, and my fear of commitment meant I hated the idea of joining a gym (I still do). As an aside, around this time we went for a hike with Sarah’s parents doing the 30km (18.64mi) coast track in the Royal National Park, and it pretty much killed me, we couldn’t walk the 800m (0.5mi) back to our apartment and needed to call for a lift (true story)

Running - The beginning of the end

Ok, so now we have a baseline, we can pull the thread further. Sarah is a natural swimmer and wasn’t challenged by the ocean swims anymore. But was absorbed by the Cantoo (amazing organisation) community, and was looking for her next challenge. She did the half marathon program, and I sat on the sideline and supported her every step. Then she stepped it up again and took on the full marathon… And this is when my life flipped upside down.

Sarah’s marathon run coach, Brendan Barry, also ran our local “Original Bootcamp” franchise. And she convinced me to sign up, to get fit.

Turing up to Bootcamp on Day 1 I/we had no idea what we were in for. I still remember (almost 10 years later), my very first session. I barely survived the warmup, and there were still 45 mins to go. At that point, I knew this was what I needed. A coach that was hard, strict and wanted the best for us. A community of like-minded individuals bought together for the purpose of getting the best out of themselves. Some people came and went, but there over the years, we made some amazing friends. Sorry, back on track… Around this time, I remember vividly sitting on the sidelines watching and supporting Sarah tackle her Ocean swims, Marathons, and Triathlons, and an incessant thought crept into my brain. “Why am I sitting on the sideline, I can do this”. My fitness was rapidly improving, and my excess weight was falling off. I had Bootcamp peers talking of doing the 6ft track marathon, this is something that piqued my interest, Sarah’s dad had finished it before (7 times). At this point, I knew my ultimate goal.

The thing about the trail running events is that they are competitive to get into. The 6ft track has strict qualifying criteria, to prove you have the ability to complete it. As it happens the Coastal Classic is a qualifier. An event that was practically in my backyard, and better yet, it was the same 30km Coast walk I undertook with Sarah’s parents about 2 years earlier. Back then I felt like it killed me, now I needed to finish it in under 4:20 (Originally it took us about 7hrs). When it comes to trail running, it’s not just the distance you need to contend with, there is the elevation gain (+820m/-820m; +2690ft/-2690ft for this course), this track also has soft sand beach crossings. This 30km (18.64mi) is considered as tough as a 42.2km road marathon. So now I had my mini goal. 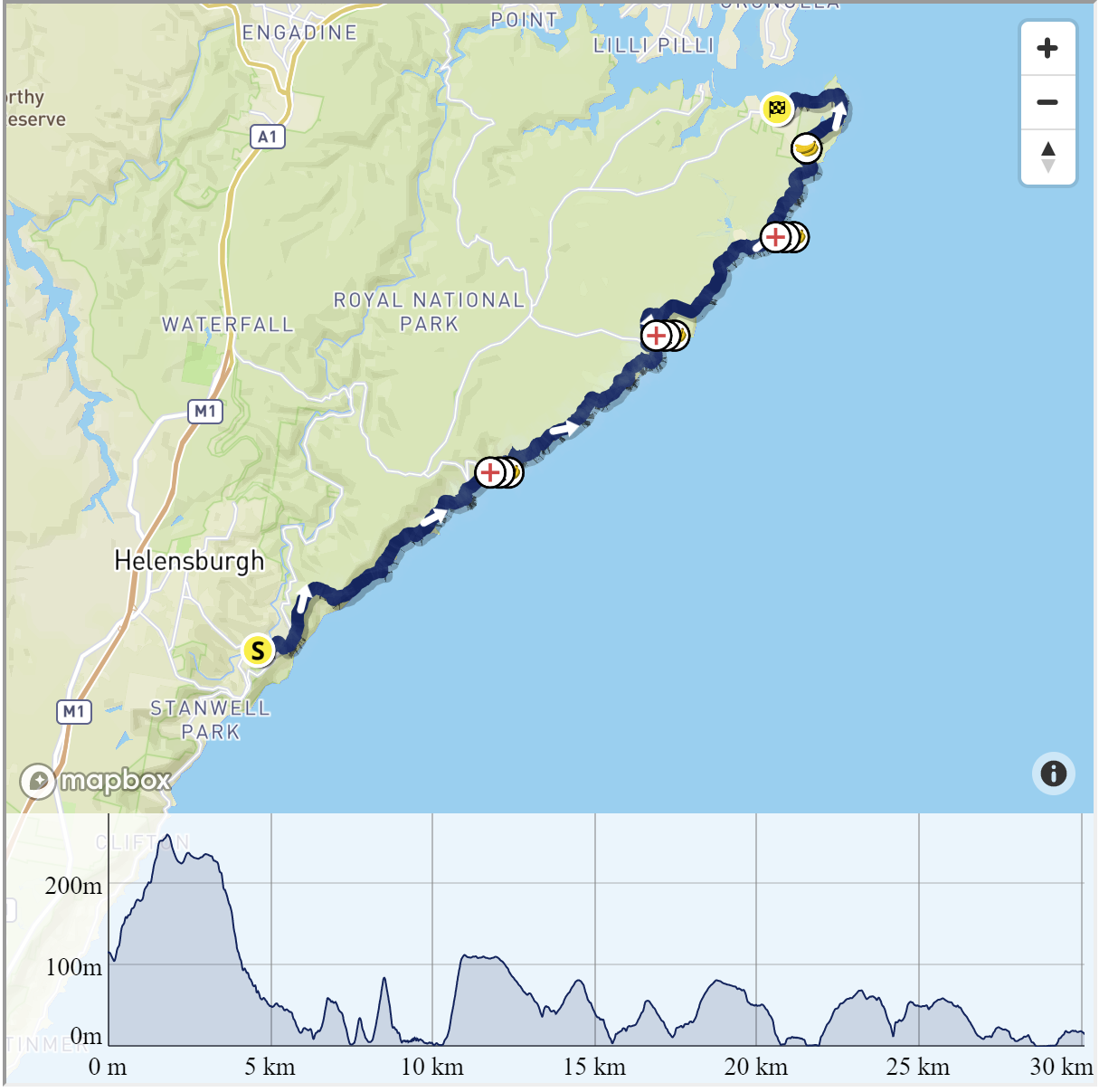 After securing my qualifying time in 2013 (4:05), I knew it was time to sign up for the main event. The 6ft track. Have you ever signed up for an event, knowing full well that you couldn’t complete it? Knowing that unless you are fully committed to the training you are guaranteed to fail. Up until this point in my life, I had never committed to such a goal. I was cruising along. Now was the time to kick it up a gear. I went back to Brendan and asked if he could provide a training program for me, and he took it one step further. Beyond the program, he spent extra time training/coaching me after our Bootcamp sessions. I am forever grateful for his coaching and mentoring.

After dedicating my summer to training my arse off, determined not to fail. I undertook my first 6ft track event. It blew me away, it was the most challenging thing I had ever done. Up until now the longest time I had exercised was the Coastal Classic which took me about 4hrs. The 6ft track is a different beast. 45km (30mi) in the Blue Mountains of Australia (amazing, beautiful landscape, but brutal) +1528m/-1788m (+5013ft/-5866ft) of elevation gain, of which the first 15km (9mi) is downhill, and the next 20km (12.5mi) or so, uphill. 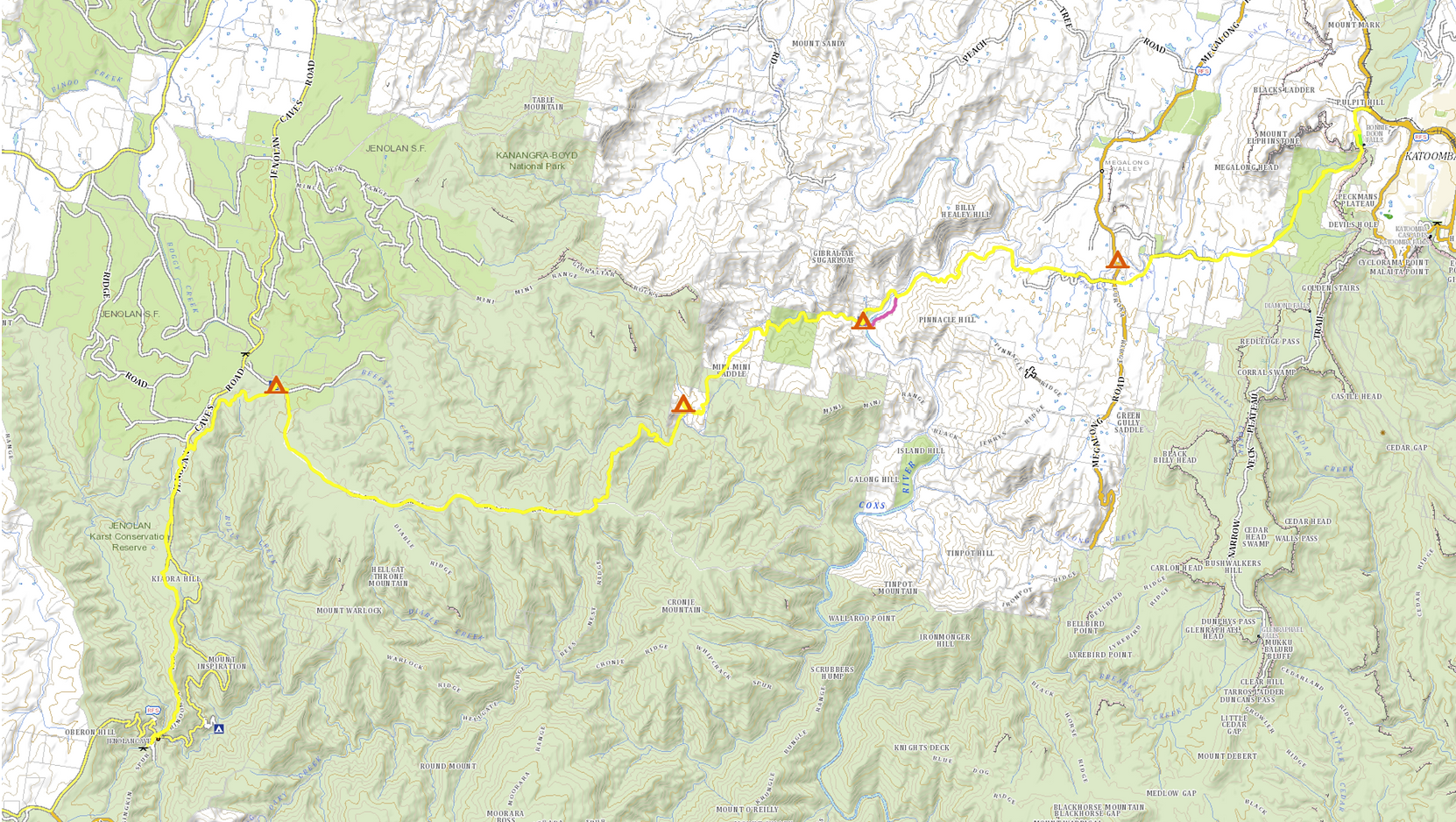 And I succeeded, not only did I succeed, but I blew away my expected time. The official cut-off for this race is 7hrs, I would have been happy with anything under this, the goal I set myself was 6:30, and I finished it at 5:45. I was absolutely stoked. The feeling of hearing the crowd as you draw closer to the finish line, the cheering, the cowbells, is indescribable. Knowing, everything you have put into it until now, this is a truly emotional experience. And to this day, every time I think about that moment in my life, I can still feel the emotions and the chills up my spine.

At this time in my life, I was training with some phenomenal and inspiring people, one of which was tackling the North Face 100. After finishing the 6ft, I remember saying to Clint, “I’m not stupid enough to do 100km (62mi)” (Narrator: Turns out yes he is). Knowing what it took to train for the 6ft, there was no way I would ever consider the 100km. Besides, the 6ft is a massive achievement.

After tackling the 6ft track, I have found that there are two types of people. The first type completes it once, tick it off their bucket list, and says never again. The second on the other hand, does it once get the bug and pushes for the buckle (6 finishes in under 7hrs each). It turns out, I had such a great time that I fell into the latter group.

Following the highs of achieving these lofty goals, I struggled in the following years. Sure, I still ran the Coastal Classic, and the 6ft. But it was never the same, I mentally couldn’t commit to the training as I had earlier. My times kept slipping. I’ve had some tough races during these times, my second 6ft, I started to cramp about the 26km (16mi) mark, and had to manage it the rest of the way to the finish, the next year the cramps started around 20km (12.5mi). But I pushed on and still finished in under 7hrs. I remember running the Coastal in 30+C(86F) degree heat, cramping around the 20km mark. On these runs, the cramping is on another level. You have a small stumble, and your quads (both) cramp up, you try to stretch them out, and then your hamstrings join in. You finally get them under control and start to walk, and then your calves decide to protest. It is absolute agony, but you persevere and manage the race to the finish. Walking, shuffling, and jogging, whatever works at the time.

Ok so fast forward to 5 6ft tracks, and 8 Coastal Classics, the year is now 2021. Covid restrictions have played havoc on training, and events. But this year I have a couple of friends doing the UTA100 in the Blue Mountains, Australia. As mentioned earlier, I’ve pretty much ruled out the 100km distance, and am very content with achieving multiple 45km finishes. Remember, I am not that stupid. But I am still in awe of those attempting such a feat. So much so, that I (figuratively) sit on the sidelines, watching their progress on the live timing app. When a familiar feeling starts to creep over me. “Why am I sitting on the sideline?” At that point, I knew I was doomed.